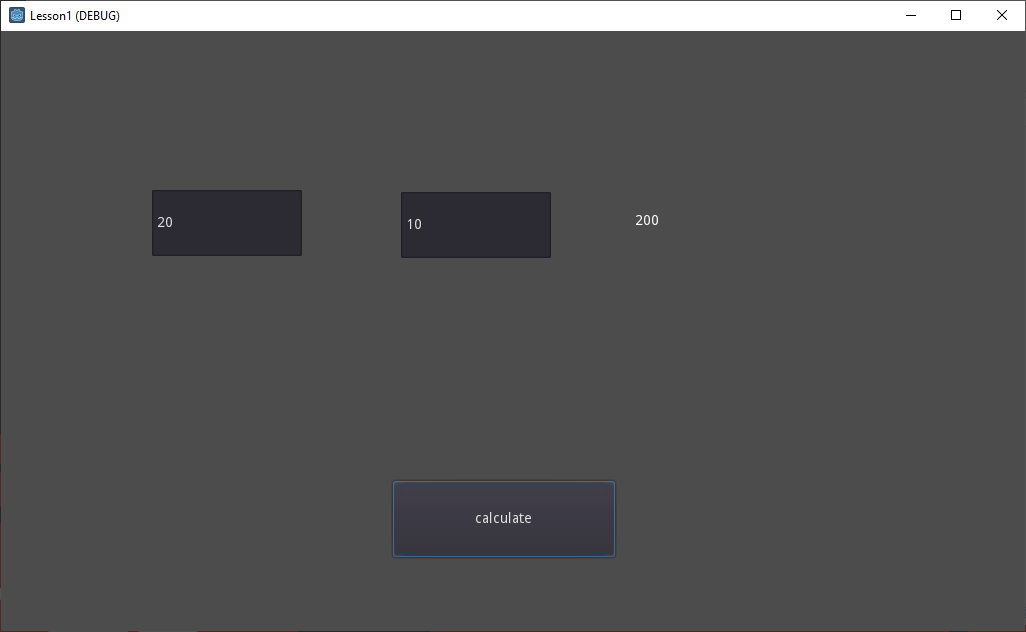 At this point you should be able to point on your screen to the:

It’s important to learn the names of the parts in order to follow along: 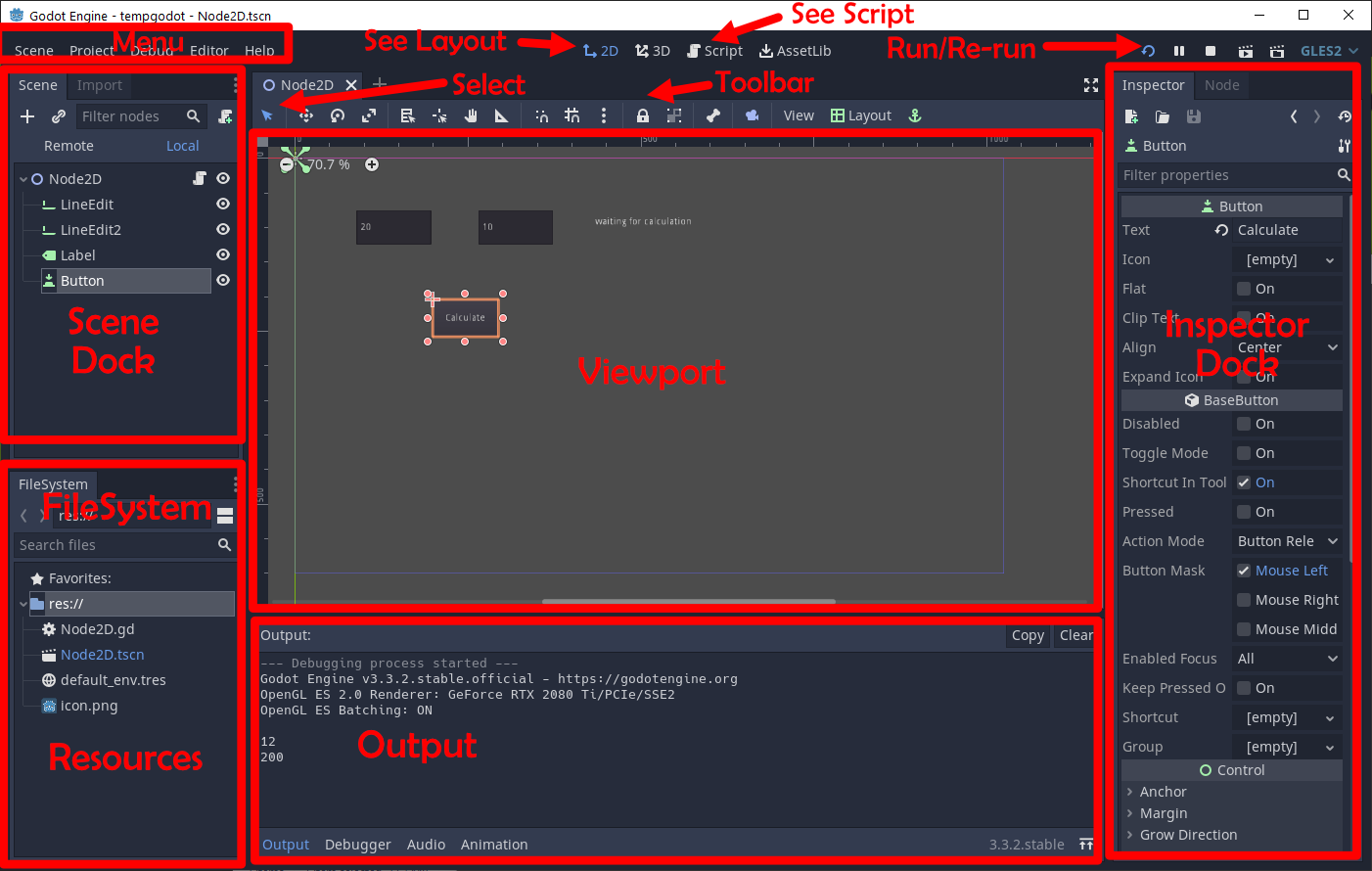 At this point you should know:

At this point you should see your app pop up on the screen, as a small window, with whatever name you chose for your project, e.g. firstproject, mentioned in the caption at the top of the window.

You should be looking at your Godot Editor. You should see a small red plus sign, and a very thin vertical green line, a horizontal red line, and a purple rectangular box. That box is the area in which you will lay out your project, it should have the same shape as the app window that popped up in step 8.

You should see a dark grey rectangular box in the upper right corner of your project area in the Viewport.

You should see a new node, called LineEdit2, stacked on top of LineEdit. 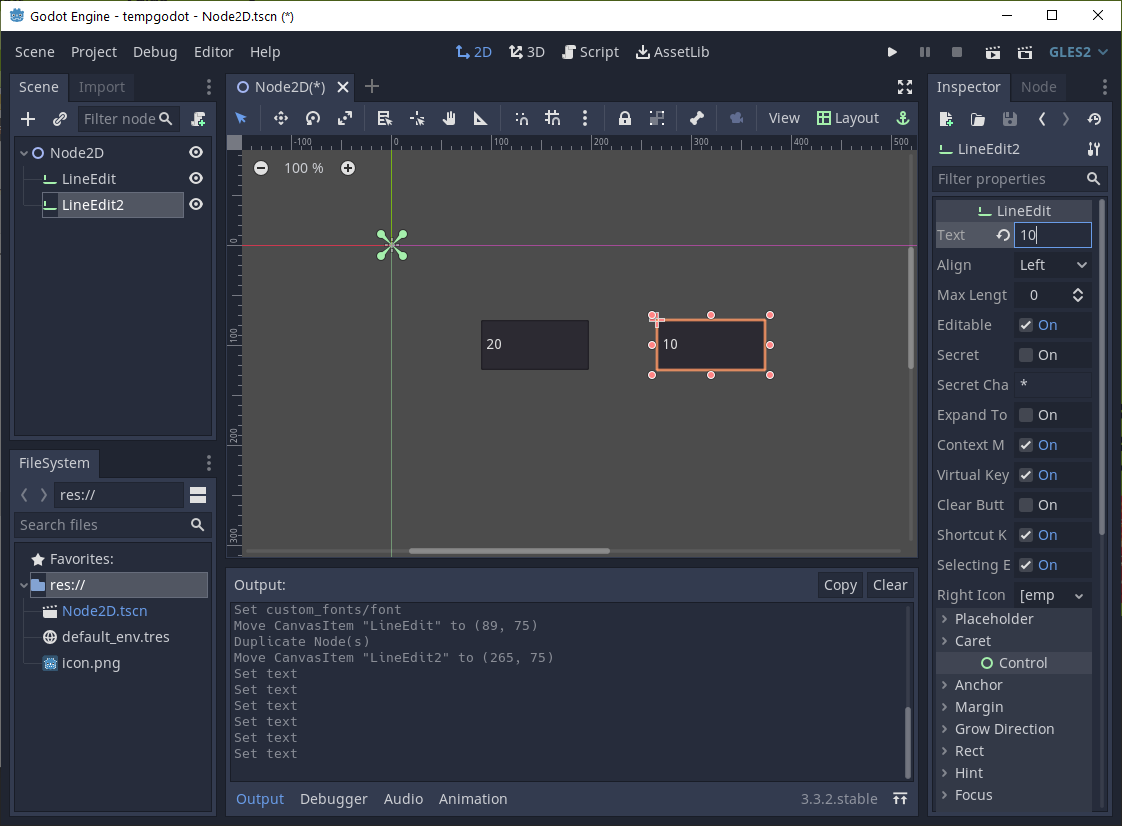 You should now have a new node called Label, and it is an empty-looking orage rectangle. 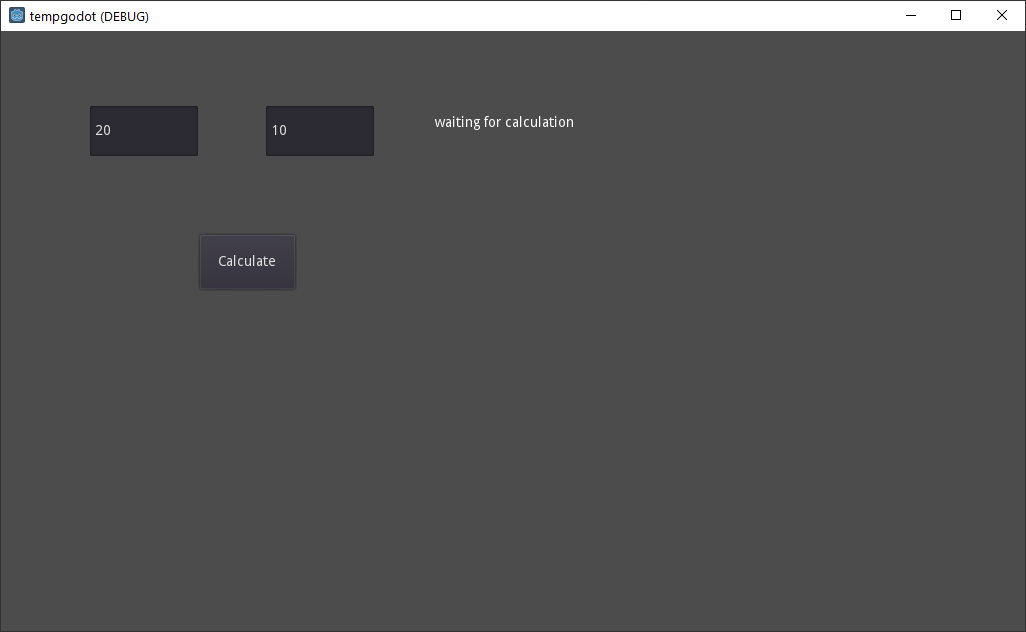 Now, let’s make the app work. For that, we need a Script.

You should see the script window now, which is actually a text file called, Node2D.gd. Now we can start scripting our app. It is optional, but you might like to read this: Scripting — Godot Engine (stable) documentation in English

Line 1 means that you are extending the Node2D scene’s functionality.

The lines above the first func (fuction) can hold variables that can be used by any functions in this script. I like to make use of these variables to pass information between each functions. (Programmers call this concept ‘scope of variables’.)

Line 9 is an example of a comment, text for the programmer (and friends/colleages) to read, but not the Godot engine. They always start with ‘#’.

Line 10 is the function ‘_ready’. The scripting language, gdscript, is very similar to Python. The keyword, ‘func’ indicates that this is the name of a function. ‘_ready’ is the functions name. All functions must have ‘()’, a place to include variable names, but it can be empty parentheses if no variables are passed there. A function must start at the far left, and must end with ‘:’, a colon.

Line 11 contains the keyword, ‘pass’. Pass is just a way to have code that doesn’t do anything. Notice that it is indented, and indented with at tab.

Below I am giving line numbers. If you want to follow along, keep these consistent, but don’t think you will have to actually use specific line numbers when you are coding on your own. They are just for your reference, mainly to help you discuss with other people which line of code you are working on.

This means to create a new variable named ‘num1’ and to make it equal to 3.0.

If you look in the lower right corner of the script window, you should see ‘(12,5)’, indicating that your cursor is on row 12, and in column 5 (a tab is 5 characters).

The ‘*’ symbol means multiplication. Godot will give an error, because ‘answer’ is a new variable we made that we didn’t declare yet with ‘var’. Put the word ‘var’ in front of ‘answer’, like this: var answer

Printing to the output area can help you debug your program by showing you what the computer is thinking when it runs a prints() statement.

What happened when you ran the app is that the _ready() function ran. It always runs when the program starts up. When it ran, it pickeup the variables, and made the calculation and printed the value of variable ‘answer’.

Here is all the code:

I often develop programs by starting to code the logic all in the _ready function and then dividing that code out into other functions.

In this case, we could delete all the text in the _ready function and replace it with a call to _on_Button_pressed() Rather than do that immediately, let’s try commenting-out (making all the lines into comments) the lines we don’t need in _ready().

Note: You can comment-out multiple lines by highlighting them and using Ctrl+k. You can un-do the commenting the same way. This is very useful.

Congratulations on your first app!